The game’s original concept and characters were created by former Irem designer Drew Maniscalco, who has now teamed up with writer Dave Cook and artist Steve Gregson (collectively known as Team Beats) to create a comic that reboots the classic arcade brawler.

The comic series is titled, ‘Ninja Baseball Spirits’ and joins the game’s four playable characters and their new friends as they tour across America to reclaim six golden relics that keep the spirit of baseball alive. More details will be announced by Team Beats on social media and the Ninja Baseball Bat Man fan site soon.

The news comes as the 1993 arcade original approaches its 30th anniversary in 2023, after building up a dedicated and growing fan base that includes popular YouTubers, retro enthusiasts and beat ’em up communities around the world. 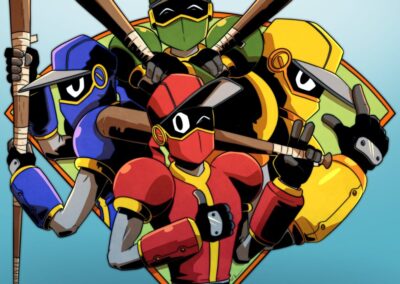 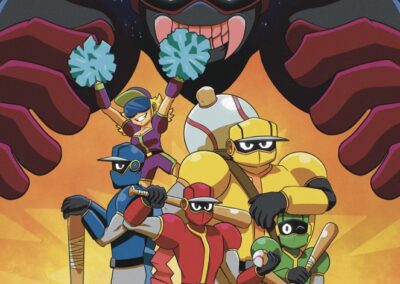 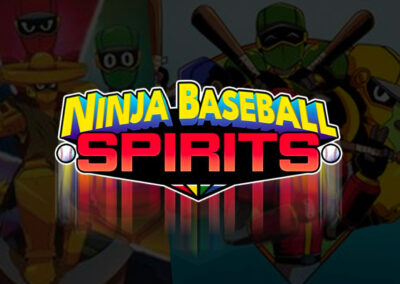 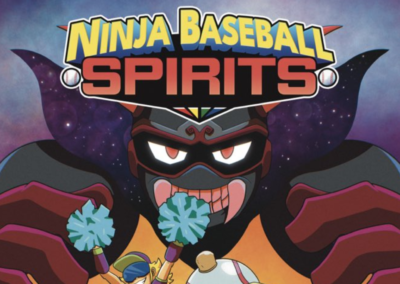 ​​How it all happened:

Dave and Drew had known each other for a while, and collaborated on an interview for Retro Gamer magazine in 2011. Fast-forward years later, Dave and Steve approached Drew with the idea of turning one of their favourite arcade brawlers into a comic series.

“We are all amazed by the cult-like popularity and fan base for this title,” Maniscalco said. “Dave laid out his vision for the story to bring back the original characters – Jose, Twin Bats Ryno, Roger and Straw – to create a new team called Ninja Baseball Spirits.”

Collectively known as Team Beats, Dave and Steve are highly active in the UK comic book scene, having collaborated on the side-scrolling beat ’em up tribute comic series, BPM: Beatdowns Per Minute. Dave is also the author of Go Straight: The Ultimate Guide to Side-Scrolling Beat ’em Ups via publisher Bitmap Books.

“The fact that after almost 30 years people are still captivated by the game and characters is very humbling to me,” Maniscalco observed. “This is something I never dreamt of when drawing my rough – very rough – original concept three decades ago.

Together, the Team Beats duo are well-versed in beat ’em up history and have applied their love of the genre, Saturday morning cartoons and action movies to the Ninja Baseball Spirits comics.

The plot follows the game’s four playable fighters: Jose, Stick Straw, Beanball Roger and Twinbats Ryno, as they fight to save the spirit of baseball after six golden relics are stolen from beneath the All-Star stadium, Champion’s Field.

The four All-Stars are each given special championship rings that transform them into Baseball Ninjas. Together with their Atomic Cheer Squad and trusty team crew, the ninjas jet off across America in their high-tech tour bus, the Alabaster, in search of the

To save Baseball, they’ll have to win the relics back from the evil All-Star teams from other sports, including American Football, Pro Wrestling, Basketball and eSports. Each issue features a different throw down against each of the sports teams, as the baseball ninjas learn to become the highly-skilled, close knit team gamers know and love from the arcade game.

● The first chapter is launching on Kickstarter in 2022

Creator of the Ninja Baseball Man Character and concept design for the 1993 Irem Arcade game.

Find out more about NBBM

Hailing from Scotland, Dave is an author and former-game journalist who writes comic books, video games and books about gaming. More about Dave

Steve is an illustrator and 2D animator, bringing a punchy Saturday morning cartoon vibe to the world of Ninja Baseball Spirits. More about Steve